This site uses cookies. By continuing to browse the site, you are agreeing to our use of cookies.
Travel
Melbourne Travel Diary

Planning a trip to Australia is comparable to sitting in front of a huge pile of laundry (just without that negative vibe of having to do chores). You find yourself asking: Where do I start? At least that’s the question I am faced with every time I do the laundry.

Luckily, the fact that both of my siblings are currently located in Sydney helped us find a starting point – but it was quickly followed by a „Where do we go from there?“.

Even though Australia is home to only 22 million people (a fourth of Germany, just to put that into relation), the country happens to also be an entire continent. A big one, for that fact. With 3 weeks of traveling, we wanted to cover as much ground as possible without turning our vacation into a stressful tale of living out of the suitcase. We wanted to have time to experience and take in the different stops, to sit down for a late breakfast or cup of coffee every once in a while and to spend time as a family. That being said, we finally decided that seeing all of Australia in 3 weeks was not going to happen. Instead we focused on the entire East coast and started making plans…

After Sydney, we took off to Melbourne. One of the domestic airlines (Virgin Australia or Qantas) will get you there in just about an hour, and from my personal experience I would say that 3 to 4 days are enough to get to know the city and experience the Great Ocean Road. We arrived on a Monday around 11am and stayed until early Thursday morning. Since we were traveling as a family, we decided against hotels for most part of the trip and stayed in Airbnbs and rental houses instead. The Airbnb I found for Melbourne is located in Southbank on the 46th story with quite an impressive view, to say the least and was a total steal for 406€ for 3 nights. While the view was impressive, the cleanliness of the place could have been improved upon.

On our first day, we had lunch at Dead Man Espresso in Southbank before walking to the Botanical Gardens and visiting the Shrine of Remembrance. In the late afternoon, we drove out to Brighton Beach (stunning view over the skyline of Melbourne) and met up with old family friends for a BBQ at their place in Brighton.

Funny enough, every person we asked what to do in Melbourne seemed to have the same (or should I say no) answer for us. Just walk around the city, through the botanical garden, along the riverbank and through the arcades. Oh, and don’t forget to eat and drink. A lot.

Easy enough, right? So that’s exactly what we did on our second day in Melbourne. We started the day with brunch at The Kettle Black, then walked all the way down to the river and crossed into “The City” (downtown) by Flinders Station. From there, we walked through the arcades (start at Degraves, through Center Way and onto The Block). Since we were so full from brunch, we decided to skip lunch in lieu of a big dinner at Lucy Liu’s (thanks Mani for the recommendation) and then our friends took us to Eau-de-Vie, one of the coolest cocktail bars I have ever been to with the best espresso martini I have ever tasted! Chances are, you won’t find it though. It is located a few streets over from Lucy Liu’s down one of the dark alleys with nothing but a black door that gives way to a bar that feels like you stepped back in time straight to the 20s or 30s. The address is 1 Malthouse Lane. Don’t be afraid to open that door. There is no sign, no lamp, no nothing. But the drinks are worth it!

On our third and final day, we had the Great Ocean Road on the agenda. We left Southbank at 8am and it took us a good 4 hours to make it to the 12 Apostles. Along the way we stopped in Lorne for coffee and Apollo Bay for a stroll on the beach. Even though the weather was semi-great, the 12 Apostles are a sight you definitely should not miss. I think the approximately 4.000 other tourists there would agree with me. If you have a bit of extra time, you can keep going and visit Loch Ard Gorge or London Bridge. For the way back to Melbourne, I would recommend the inland route.

To me, Melbourne felt like a small NYC. The downtown area is so cool and the foodie scene incredible. I had really long list of where to eat in Melbourne, but we only covered about 1/3 of it. Still, I wanted to share the list with you.

Best Places To Eat in Melbourne: 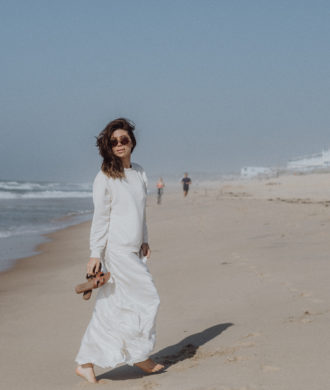 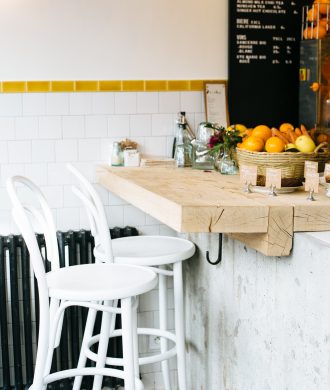 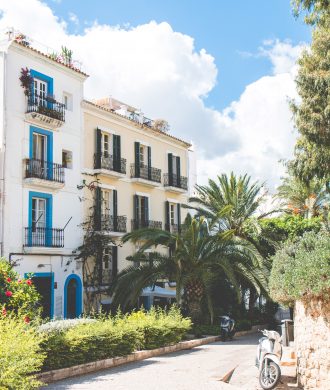 TRAVEL: my (mini) guide to Ibiza 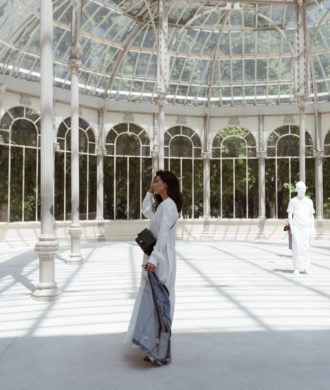