This site uses cookies. By continuing to browse the site, you are agreeing to our use of cookies.
Fitness
HEALTHY LIVING: September update …
Read Next

OUTFIT: the beginning of fall

Since the last fitness/health related post seemed to catch a lot of your guys’ attention, I wanted to give you a quick update. I know a lot of you have been asking about my other meals aside from dinner and also wanted an update – so here it is!
First of all, I’ve been skipping carbs for dinner for almost 3 weeks now and so far I’ve lost a little over a kilo. I can tell I am the typ of person for who those carbs really do make a difference, so I am excited to see the results after the entire month. In terms of sticking to my plan of not eating carbs for dinner and drinking at least 2.5L of water every day, I’ve only achieved one of those goals … believe it or not, but drinking enough water really is a struggle for me. I literally forget about it, and then by the time I come home from work, all I’ve had all day is a venti latte, which by no means is healthy. So for the second half of September I’ll try a bit harder as far as hydrating goes. The funny thing is, I really don’t have a problem with the “no carbs for dinner” rule. At first I thought it would be hard to come up with meals, but I am actually really enjoying lighter dinners and I also feel better when I go to bed. I can even imagine sticking to that rule once September is over. In the past 19 days I’ve made one exception, which was this past Tuesday. It was our 7-year anniversary and Mike surprised me with a 9-course dinner at an amazing restaurant – pretty good reason for an exception, right? Also, by accident I served myself some potato salad at a salad bar last weekend, which I had one bite of before realizing that I was eating carbs – it’s not that I am trying to stick to it like crazy, but I actually caught myself smiling at the situation. So apart from those 2 nights, I’ve been eating carb-free dinners. 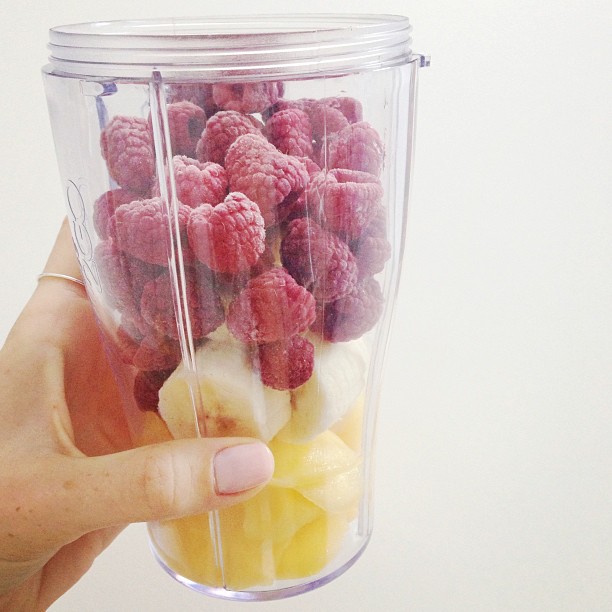 Here are some of the meals I’ve recently had for dinner:

– smoked salmon with hard boiled eggs and a bit of sliced onion
– oven omlette
– lots of mixed salads
– steak with a side of spinach instead of potatos
– grilled jumbo shrimp
– moroccan chicken with a mint-yogurt-dip and some hummus (find the recipes HERE)
– asia beef with wok veggies (at a restaurant, I simply ordered it without the rice)

As you can tell, these are actual meals and I always eat portions that are big enough to fill me up until bedtime. I know some of you have also been asking about my other meals, which haven’t really changed at all. I always start my day with a fruit smoothie that I bring to work, or a venti skinny latte which I pick up on my way to work. I am not a huuuge early breakfast person, so that usually keeps me full until lunchtime. For lunch I’ll eat anything I feel like. A lot of the time that is a salad or sandwich, but sometimes I also have pasta or pizza, and even some ice cream for dessert. In other words: I am really not restricting myself from anything. If you guys have any more questions, simply comment below and I’ll try to answer them all 🙂 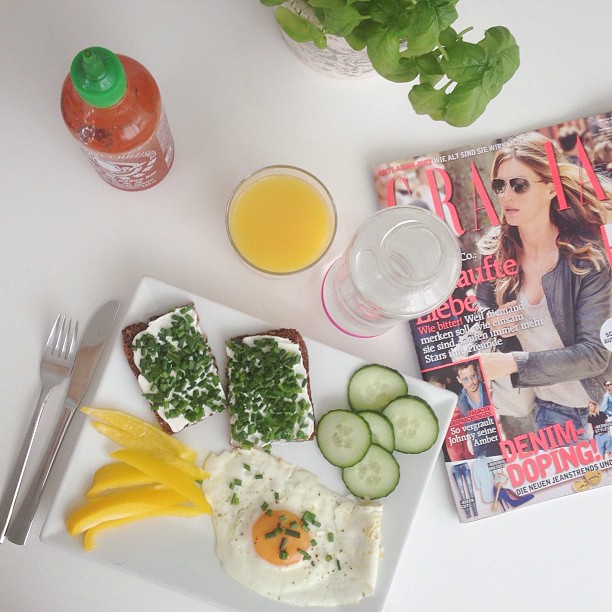 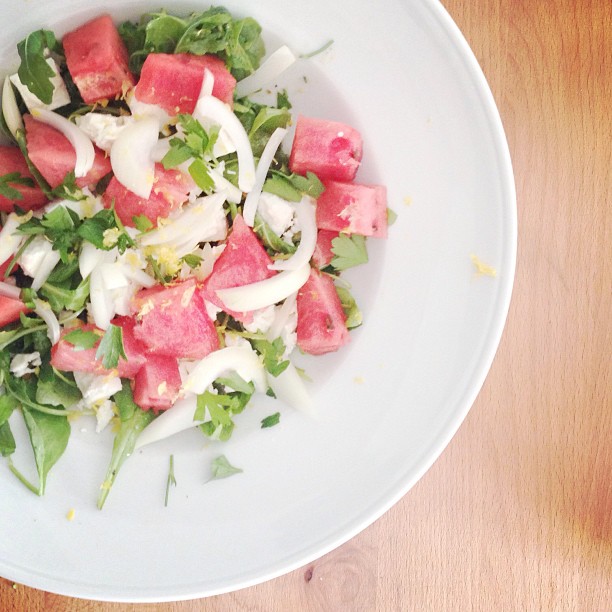