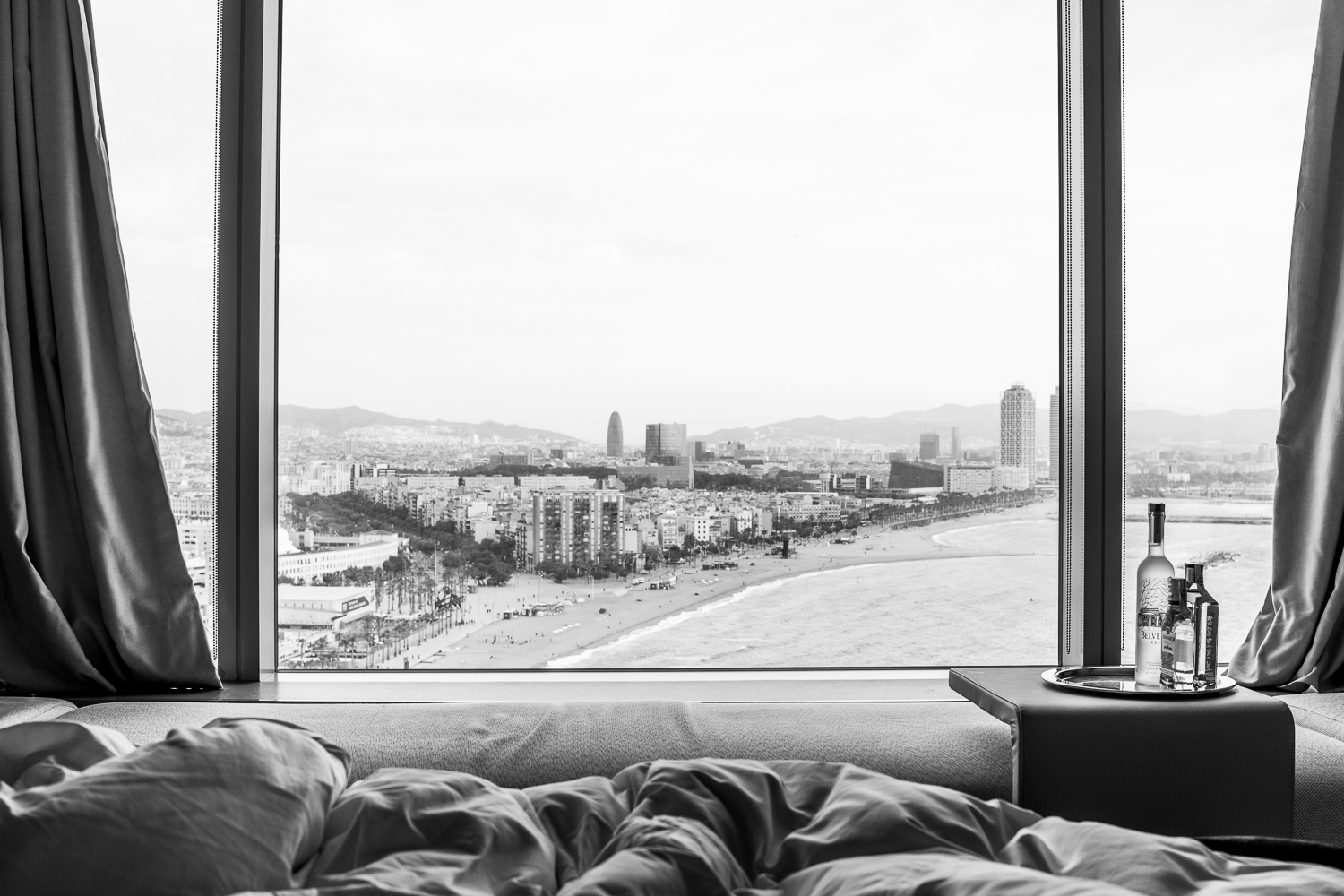 Ironically, I am currently mid-air on my way to Barcelona (again) while typing up this hotel review of the W Barcelona. However, this time around I won’t be staying at a hotel but rather on a boat – more on that next week. Since the trip to Barcelona was my Christmas present, I didn’t have much say in the planning, which honestly made me so happy. I am usually the one who researches and picks the hotels, so I loved the fact that Mike decided this time around. And boy did he do good! Unlike me, he had actually stayed at the W Hotel in Barcelona before with a friend for a boys-trip last year and apparently the first stay impressed him enough to book the hotel for a second time around. Now I understand why… 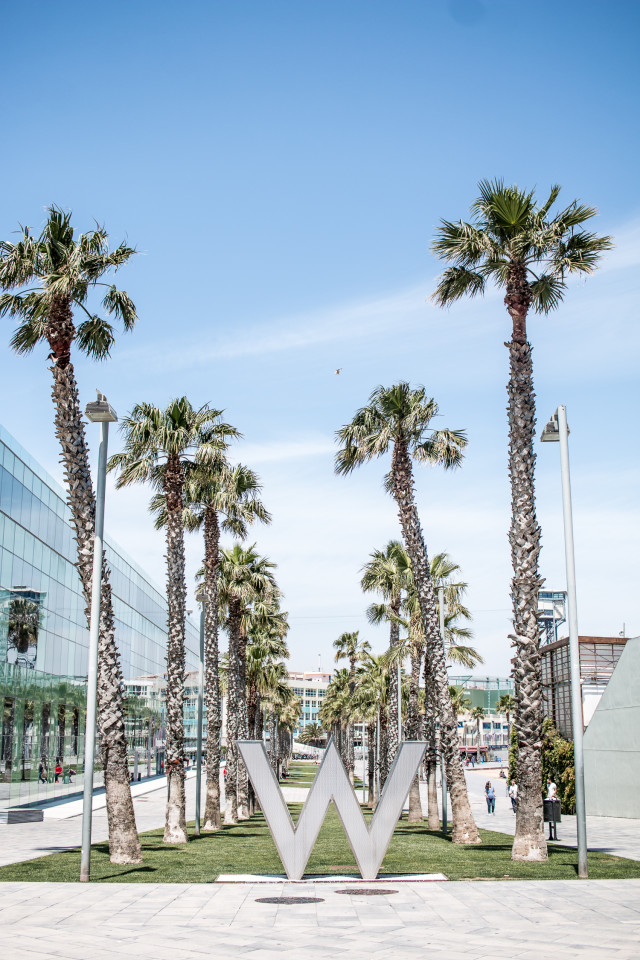 What I liked about the hotel:

– The most heavenly beds on earth are the the W Hotels. Just like at the W Downtown NYC, the bed was like sleeping on clouds. Not without reason do they sell their beds…

– Even on day 4 I still couldn’t get enough of the view! Every single room has floor to ceiling windows and we were lucky enough to be on the 18th floor with the most incredible view of the Barcelona coastline (room 1802). The fact that the curtains closed and opened electronically while we laid in bed didn’t hurt either. Waking up to a view like that is so special!

– While we were checking in we were informed of a new service the hotel offered called #letschat. Basically it is a concierge service via whatsapp. Obsessed! We booked every single restaurant through a quick whatsapp message to the W’s “whenever wherever” service. We asked all kinds of questions and could even arrange the turn-down service through whatsapp. Such a cool and innovative service for a hotel to offer. I guess it is something they plan on offering at all W hotels worldwide but are introducing it to the individual hotels at different times. Barcelona has only had it available for about 2 months.

– Since we had both been to Barcelona before and already did all of the major sightseeing, we loved staying down by the beach this time around. I know some people were concerned that the hotel is a bit far from the city, however, we never paid more than around 10€ for a taxi to the top of La Rambla and Placa de Catalunya, which is more or less the heart of the city. Everything on the Barceloneta can be reached by walking and the beach is perfect for an evening stroll or morning run.

– Just like all W Hotels I have been to, the crowd is fairly young and easy-going. We spent the morning exploring the city and the afternoons by the pool, sipping on sangria and soaking up some sun. A live DJ usually started playing around 5pm and the music was amazing.

– Speaking of sangria: Obviously we had a lot of sangria during our trip (a must when in Spain) but the best one by far was at the hotel. For 28€ per pitcher, might I add. Fresh berries included.

– For city trips we usually like to venture out for food as part of the experience but since we had to leave for the airport on our last morning, we decided to eat at the hotel. The breakfast was delicious (they even served fresh poached eggs) and the food by the pool in the afternoons was also delicious. Especially the quinoa salad and fried calamari with wasabi-lime mayo! So yum!

– Hair dryer = on fleek! I love a good blow dry and funny enough, after I used the one in the hotel, Kathi even texted me that my hair looked extra good on Snapchat that day. I guess the hair dryer is to blame – in a good way, of course!

– Last but not least, I am a huge fan of the bath products at the W Hotels. They have their own “bliss” products, which are great quality and smell amazingly. Funny enough, Mike loves them just as much, so our toiletry bags are usually filled with their shower gel, shampoo and conditioner when checking-out. We may or may not have also stolen a few off of the housekeeping cart… whoopsi! 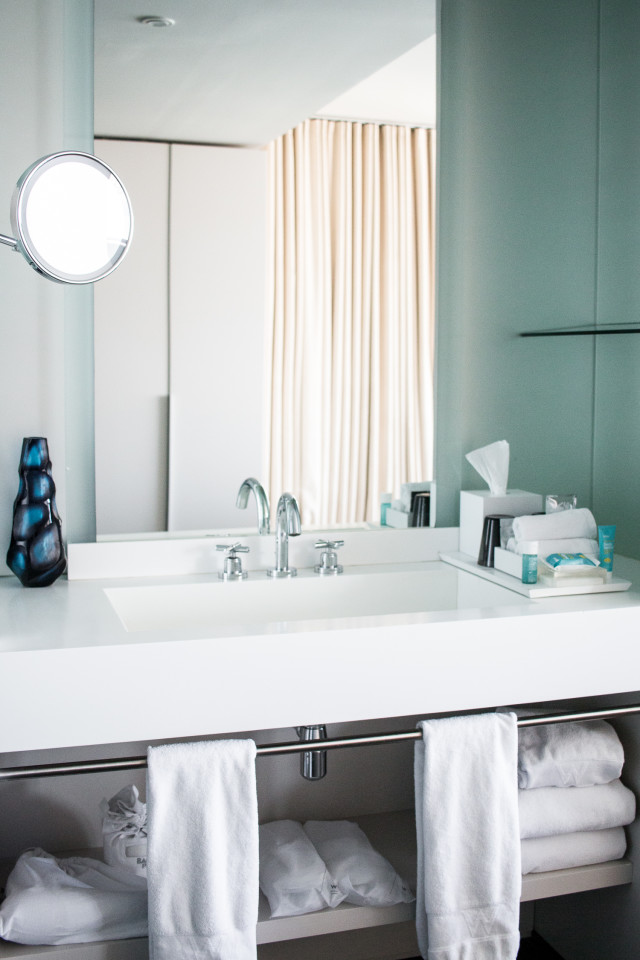 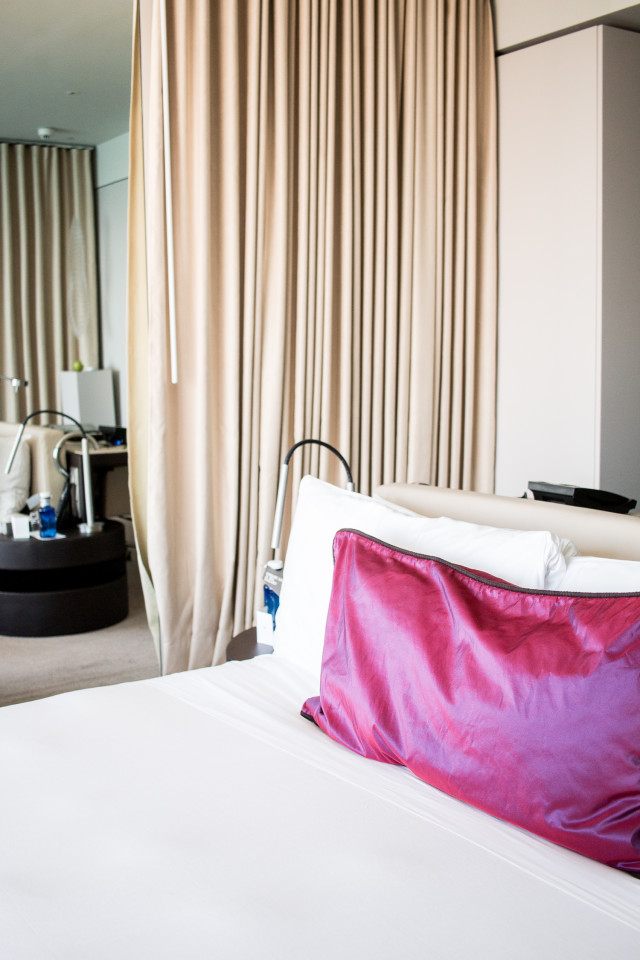 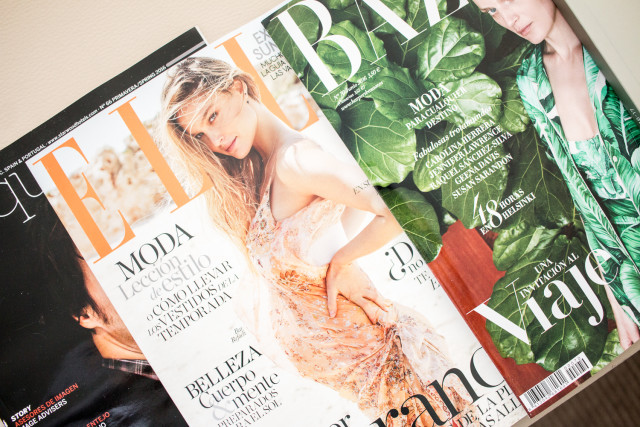 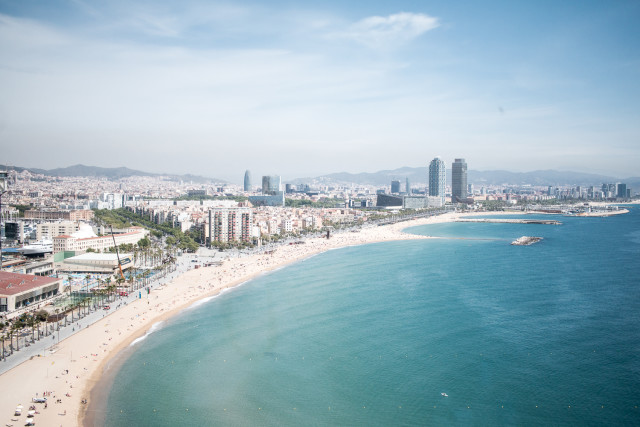 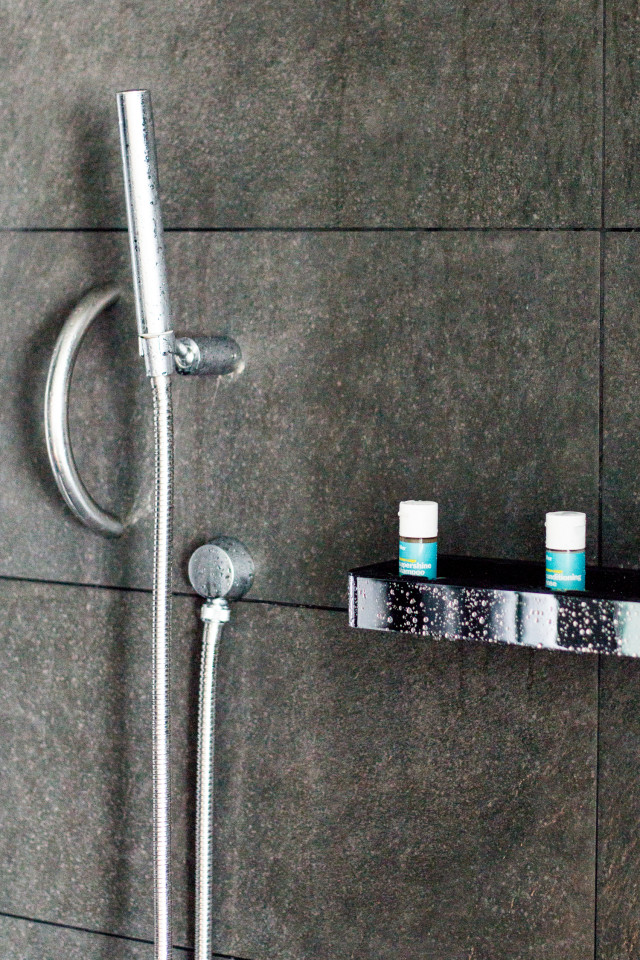 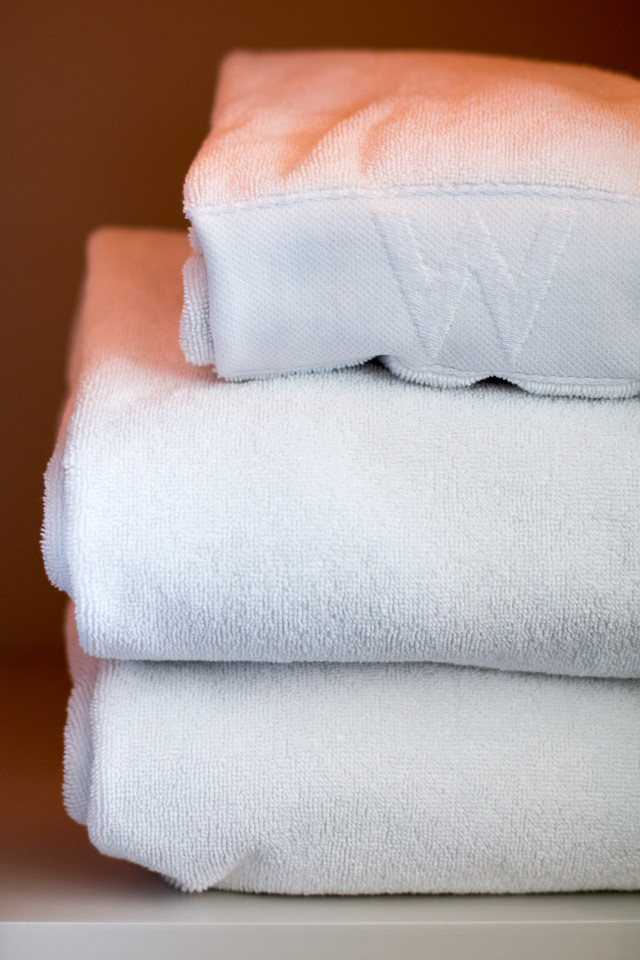 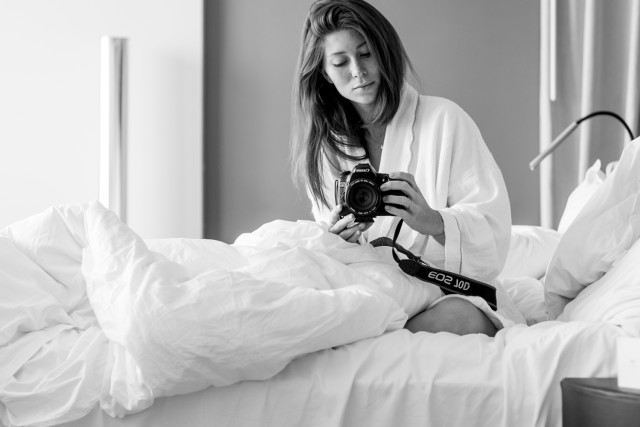 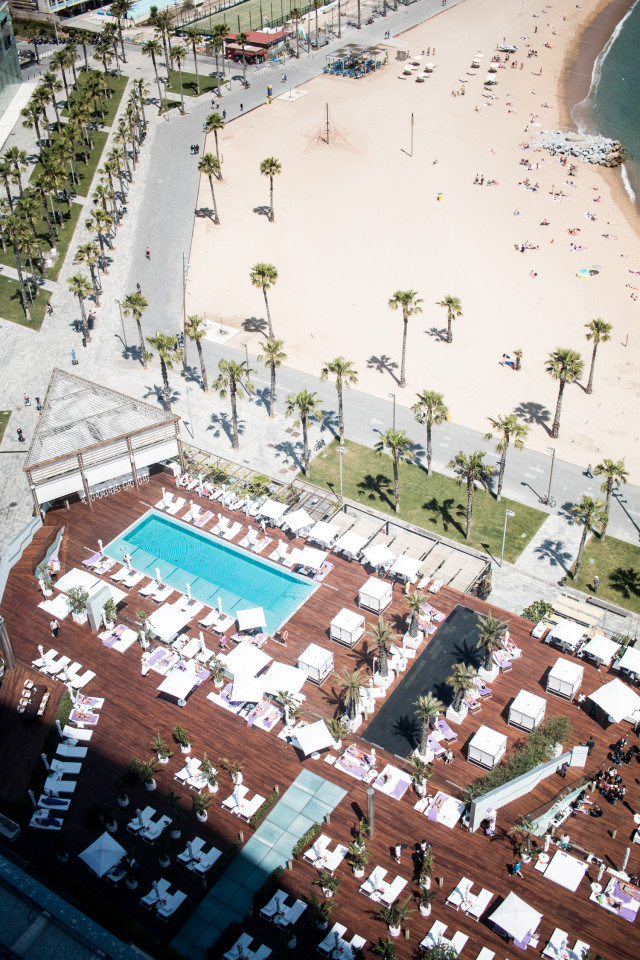 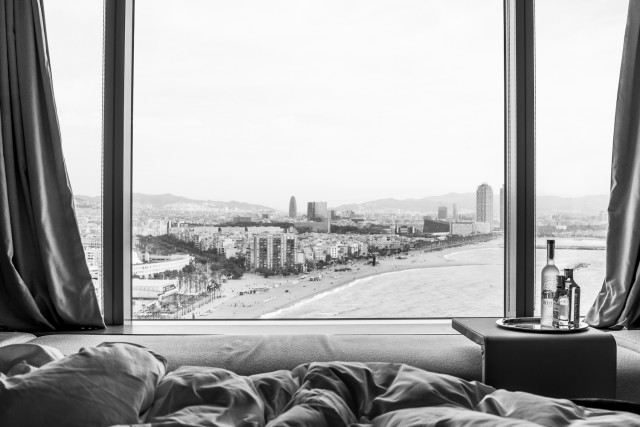 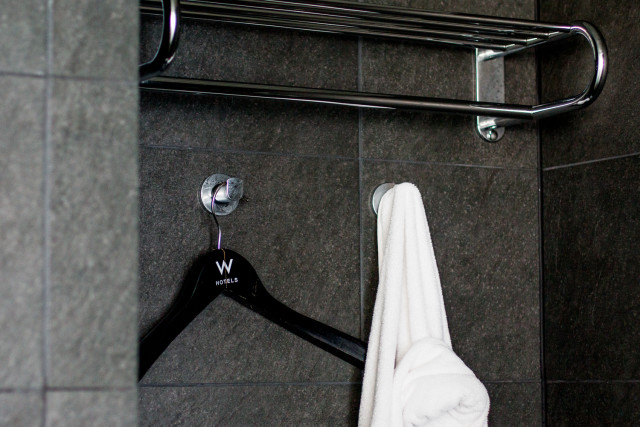 – There honestly isn’t much that I can think of, except the restroom situation in the room. We’ve been a couple for almost 10 years, so I would say that we’re pretty easy going with eachother. However, if you are traveling with friends or are a more private person, then the toilet might be an issue. It is nothing more than a milk-glass door into the room that isn’t sound-proof whatsoever. Basically you’re going pee next to the bed, so that may be a bit awkward for some people.

– We also tried their express check-out and I have to say I prefer a regular check-out. The express check-out is a small postcard you fill out with your email information and they then get in touch with the invoice. For us, the money was deducted from the credit card but we never received the invoice until I emailed them a week later. Obviously that makes it a bit hard to double check all the charges. That’s why I would recommend to just go with the regular check-out process to avoid misunderstandings or confusion. 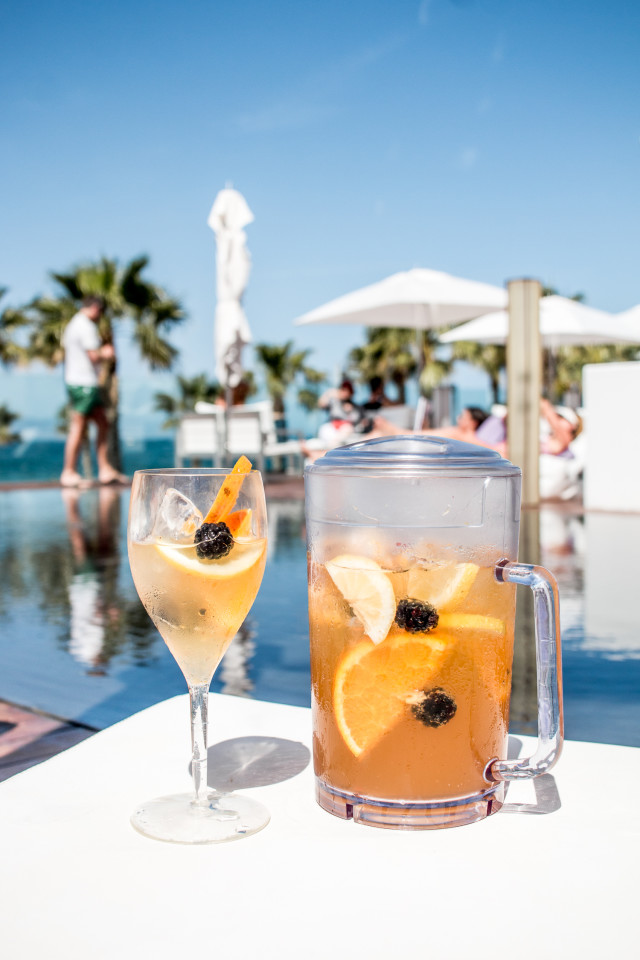 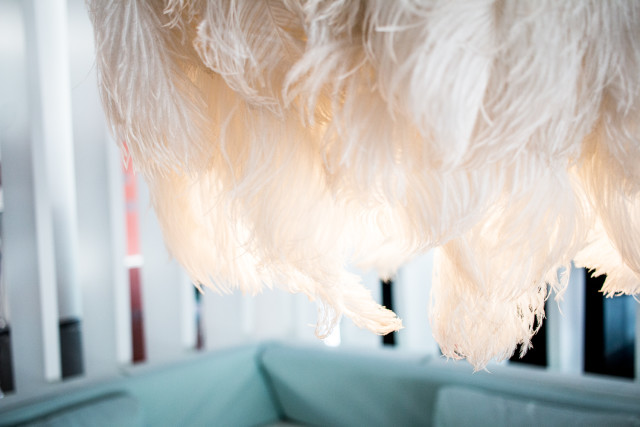 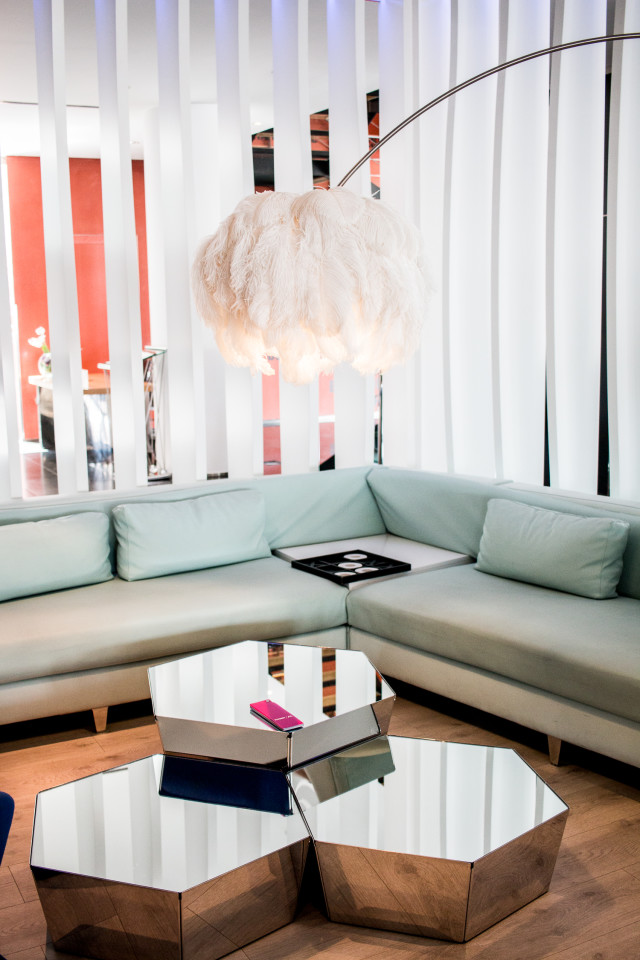 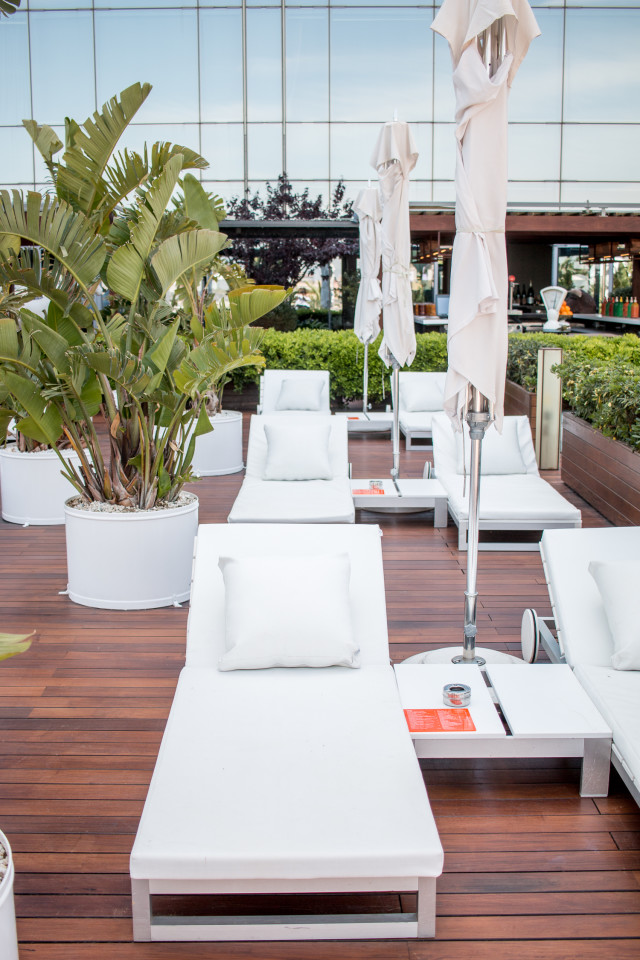 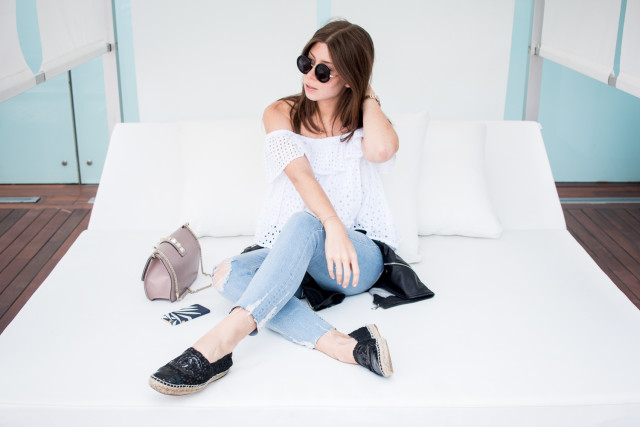 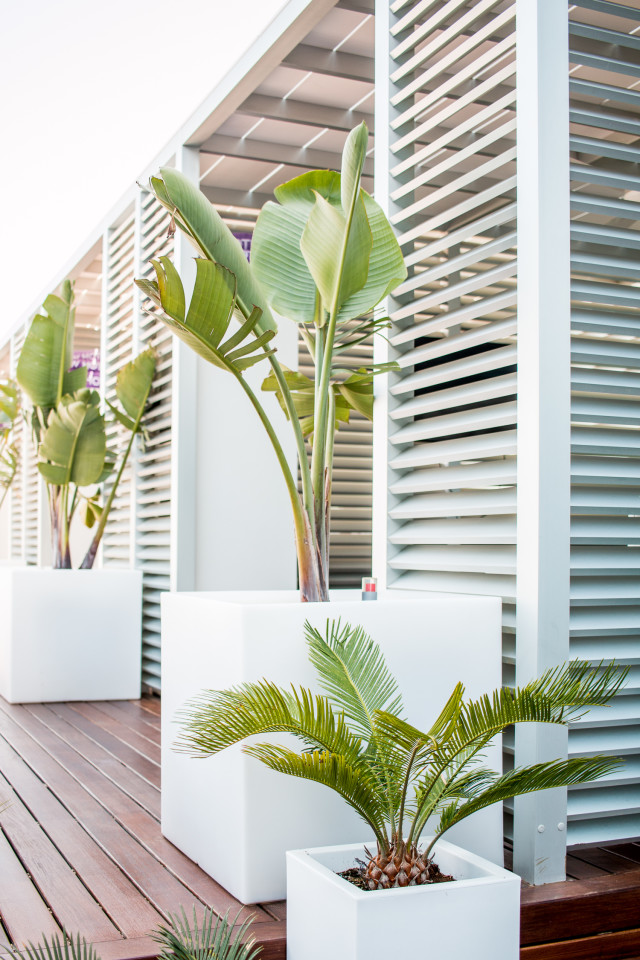 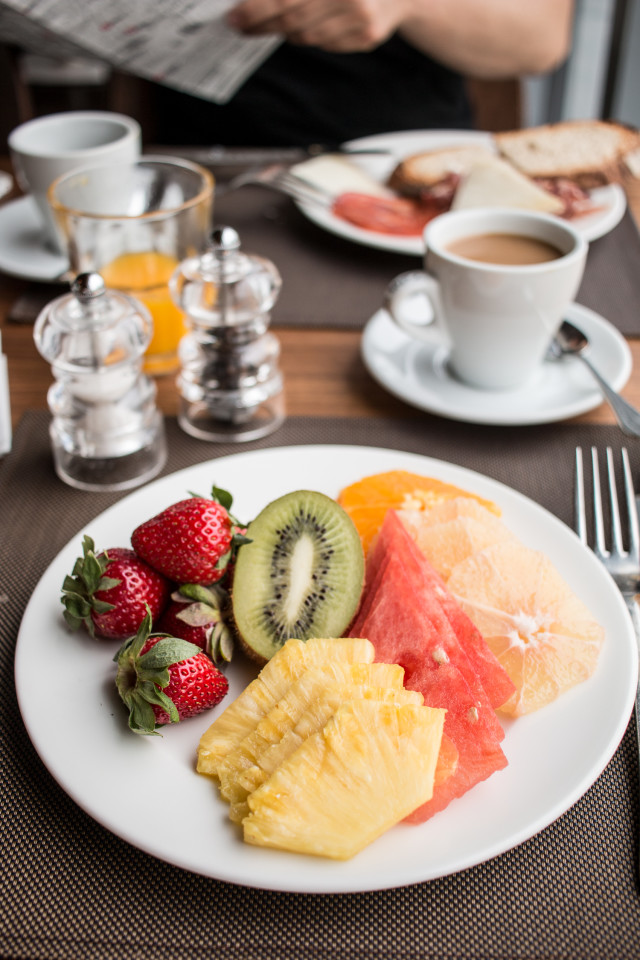 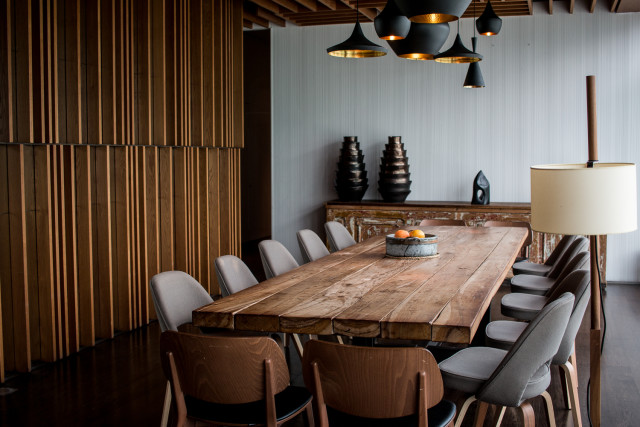 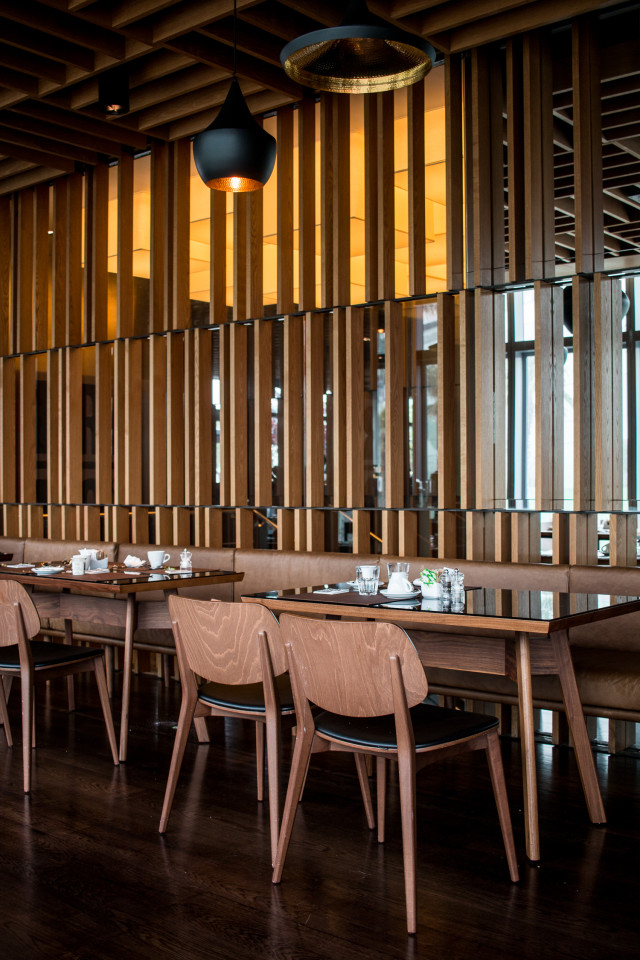 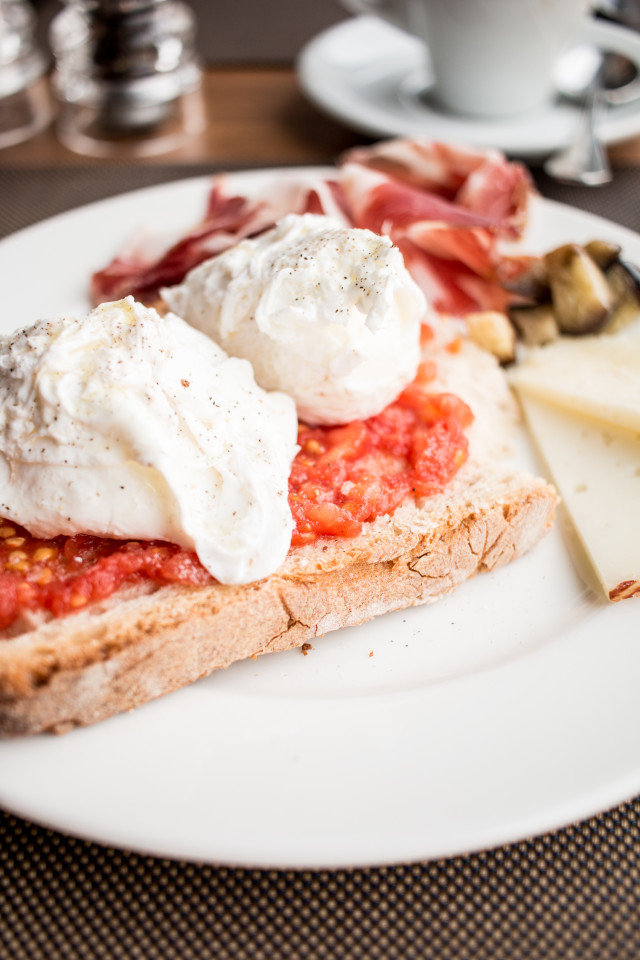 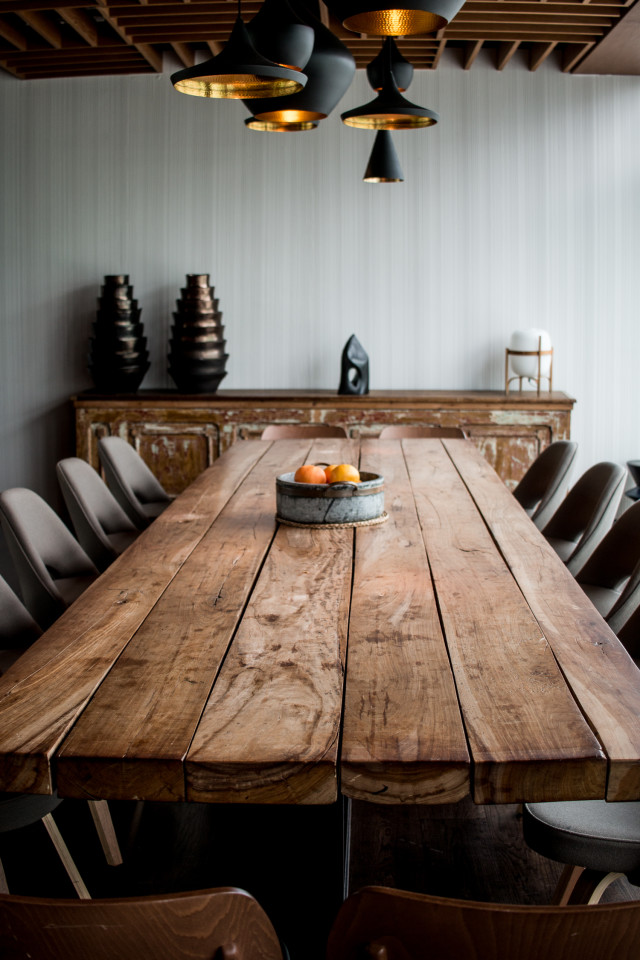 All in all, the W Barcelona more than met our expectations and we had the most amazing time! Especially the fact that the pool area is so much fun during the summer months and feels like a beach club is a perfect mix with a city trip.