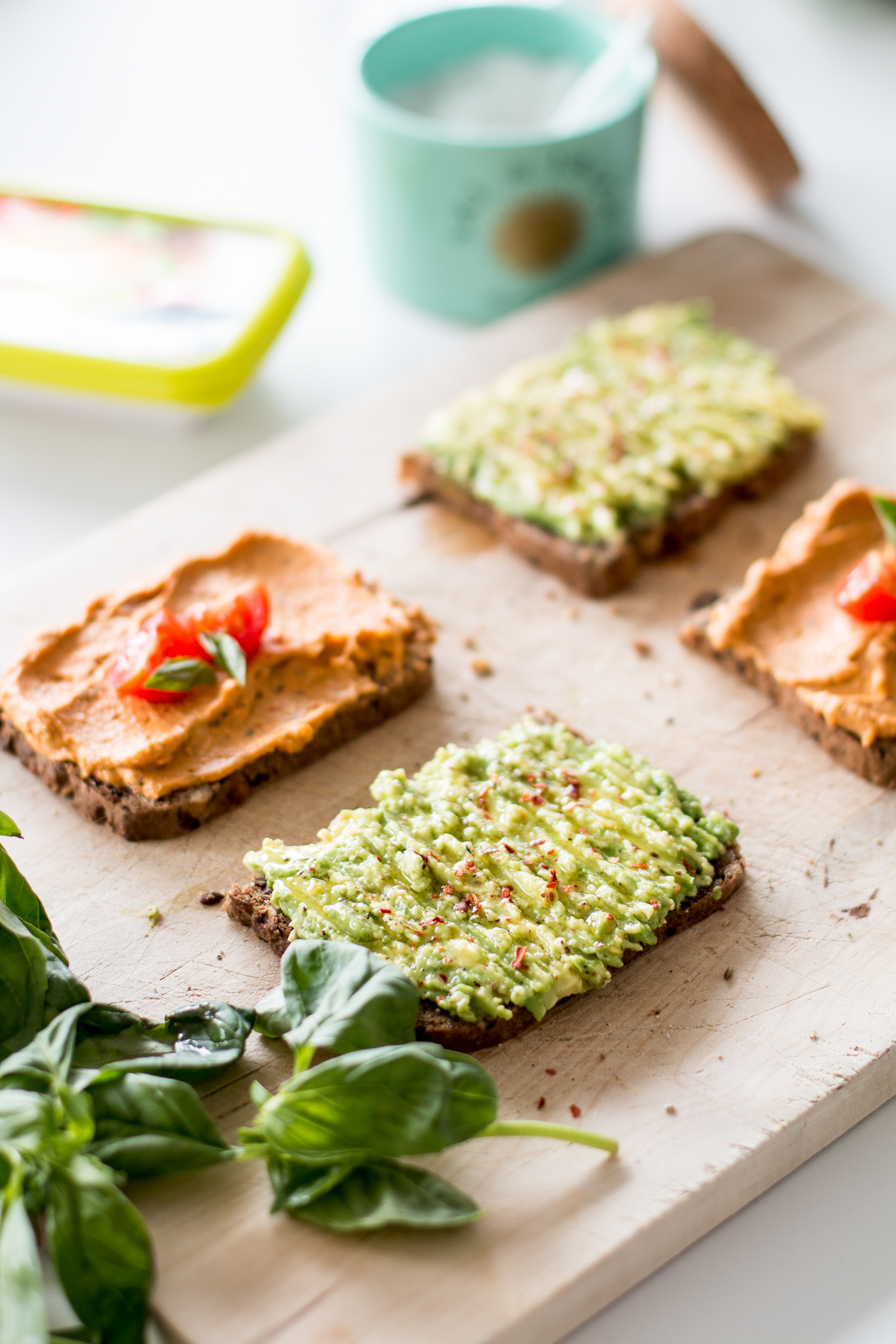 As you’ve probably guessed right, today’s post is a mini (vegan) food diary. Even though I am far from being vegan, I do think there is a great deal of importance on eating and consuming food consciously and skipping the meat every once in a while (#flexitarian). Last year in August, I had a very interesting conversation with Maddie that has stuck with me since. If you read her blog, you should be well aware of the fact that she tries to lead a sustainable lifestyle and has been vegan for about a year now. We talked about pros and cons of leading a vegan diet, things she loves to eat and her motivation for making the choice to become vegan. One of the arguments in specific has stayed with me and has influenced me personally in my diet. She mentioned that aside from the cruelty that animals experience in most cases, the resources they require are tremendous. Simply said: Until a piece of steak actually makes it’s way to your plate, there’s an incredibly amount of water and food that needs to be fed to the cow. Water and food that humans could be eating instead. She went on to say that if everyone were to incorporate just one vegan day per week into their diet, it would make a huge difference. So I thought to myself: why not? Personally, I am not the hugest fan of statistics or judging other people’s lifestyle by them. However for me, 1 day = 3 meals and that is SO easy! Especially considering most of my meals are already vegetarian and leaving out a bit of cheese or a splash of cow milk here or there doesn’t hurt anyone. 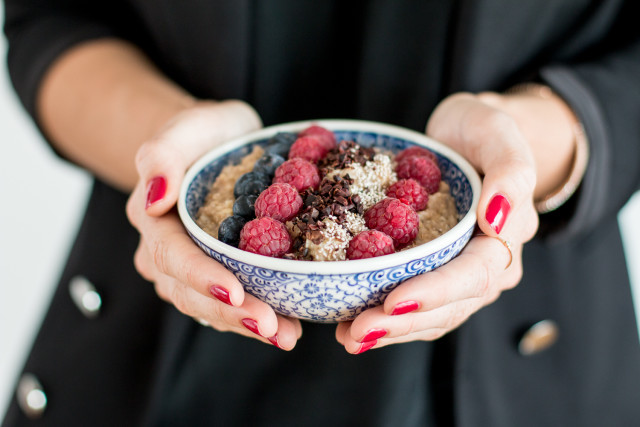 My “vegan day” is usually connected with a stop at the Interspar grocery store (which happens to be right across from my gym), where I grab my favorite Neni hummus, lentil salad and babaganoush. I’ve always said that I am lucky in a sense that I simply enjoy the taste of fruits and vegetables, so eating an entire box of lentil salad feels like indulging for me. Don’t ask 🙂 Generally speaking, Interspar has a ton of options for vegetarians or vegans, because they even created their own Spar Veggie product line, so shopping for meat or dairy alternatives has literally become a no-brainer! 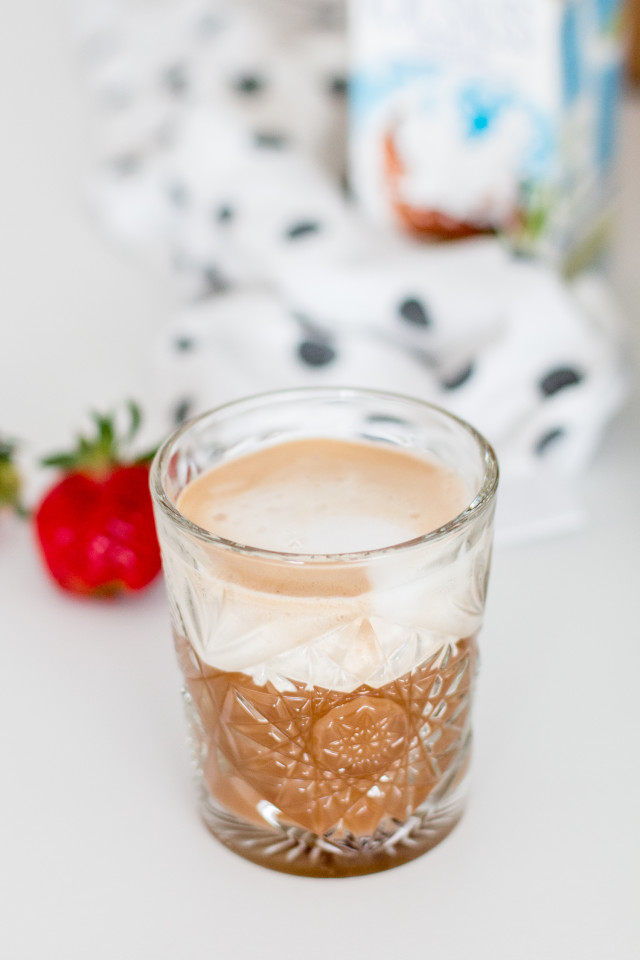 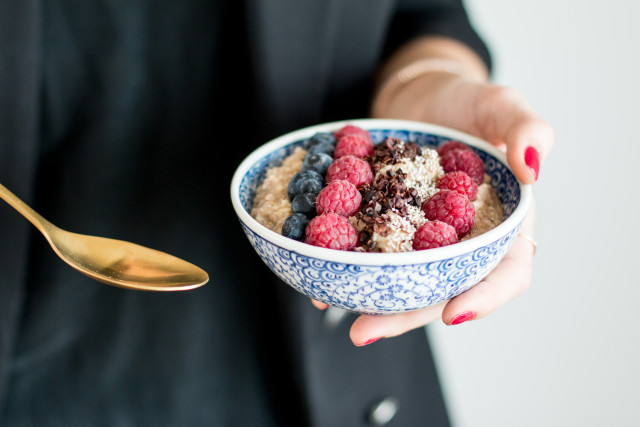 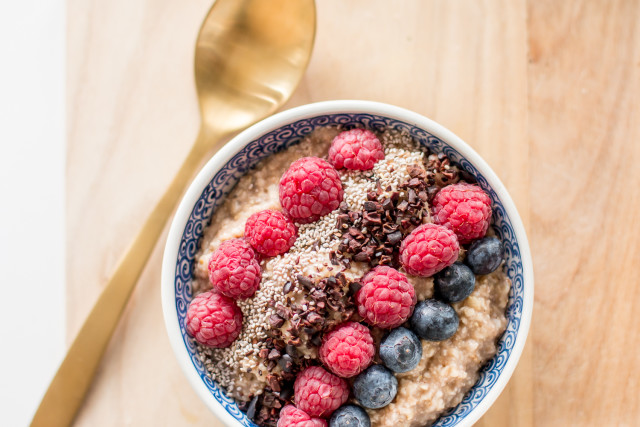 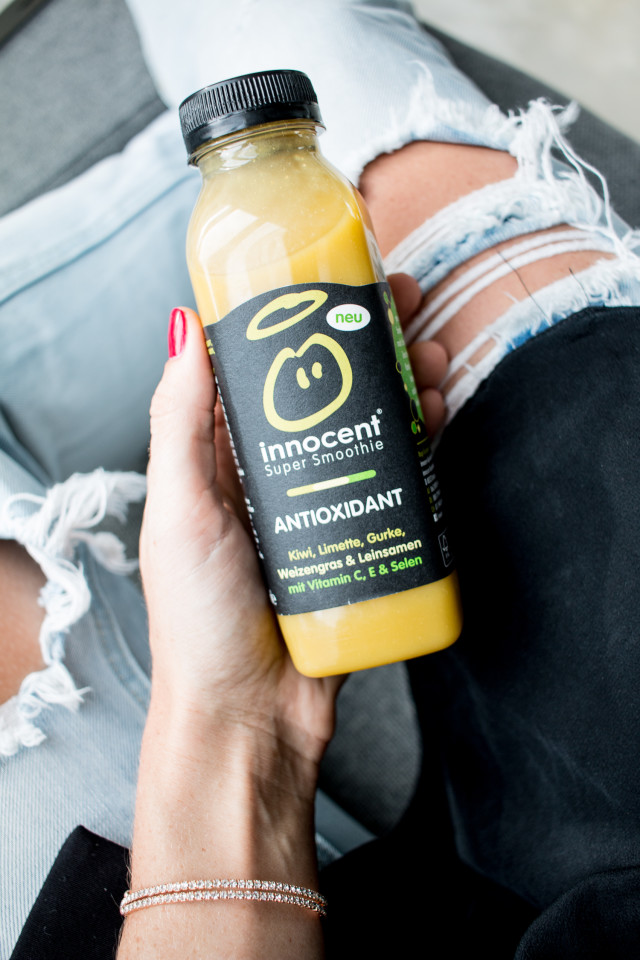 Breakfast: Of course skipping my beloved cappuccino in the morning is not an option, but have you guys ever had coconut cappuccinos? So good! I’ve actually made it a habit to order a coconut latte at my Starbucks around the corner and making it at home is just as easy and frothy. Ever since Kathi has become lactose intolerant we’ve been on the lookout for milk alternatives and you’d be surprised how many options there are. Aside from poached eggs for breakfast, I also love a good oatmeal or overnight oats which can easily be prepared with vegan alternatives. Water or coconut milk, a pinch of cinnamon, some agave nectar and fresh berries are all it takes to make me happy in the morning. 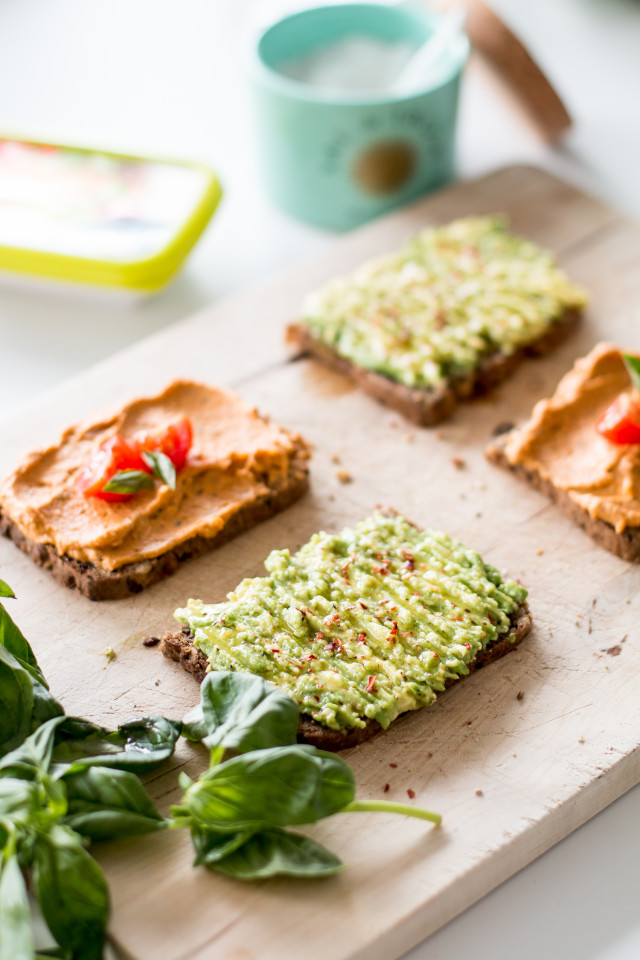 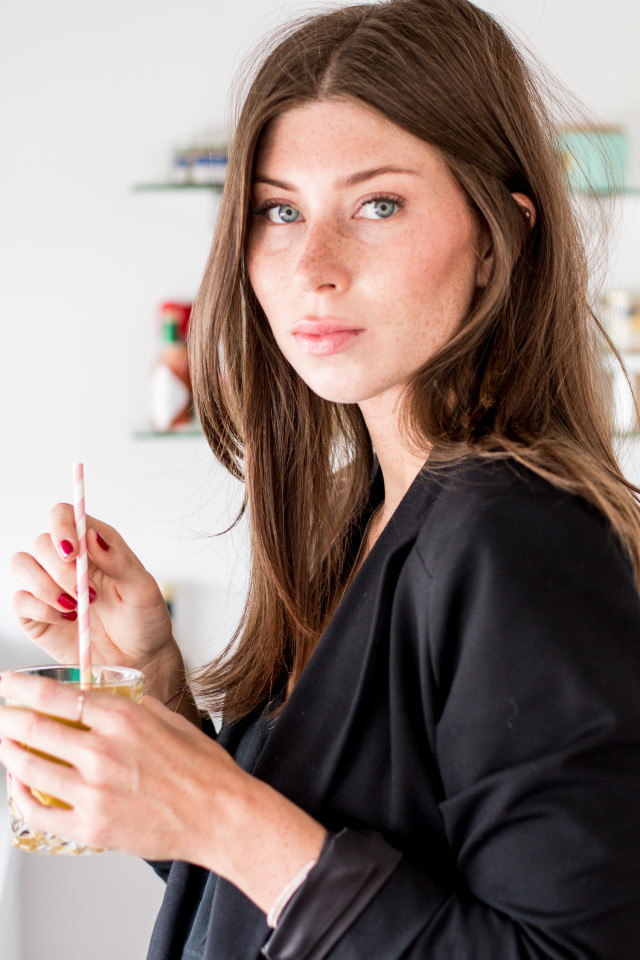 Lunch: My lunches are usually vegetarian anyhow, sometimes even vegan. So not much of a change there. If I don’t have a lot of time to cook, a slice of whole wheat bread with delicious avocado, arugula and tomatoes or a veggie spread is my go-to midday meal. If we’re cooking I love anything that involves quinoa! 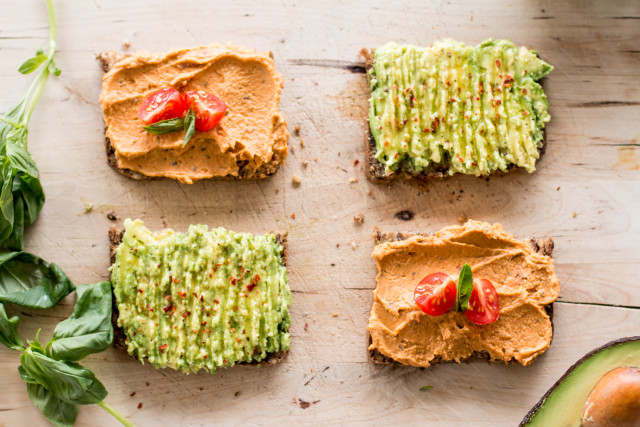 Dinner: Ok, so I have to admit that I rarely eat vegan when Mike is around, but since he travels for work a lot, I usually choose days that he’s not home for some vegan fun. And it is almost always the same dinner. I think I left the creativity at the office in that case. Grilled veggies with my beloved lentil salad from the Neni for Spar line, some hummus as a dip and babaganoush on the side. No cooking required (other than slicing the vegetables and sticking a tray into the oven) and so satisfying. I am no nutritionist or expert, but I also consider it the perfect post-workout meal due to the healthy proteins in lentils and chickpeas and being low in calories. At least that’s what I tell myself. 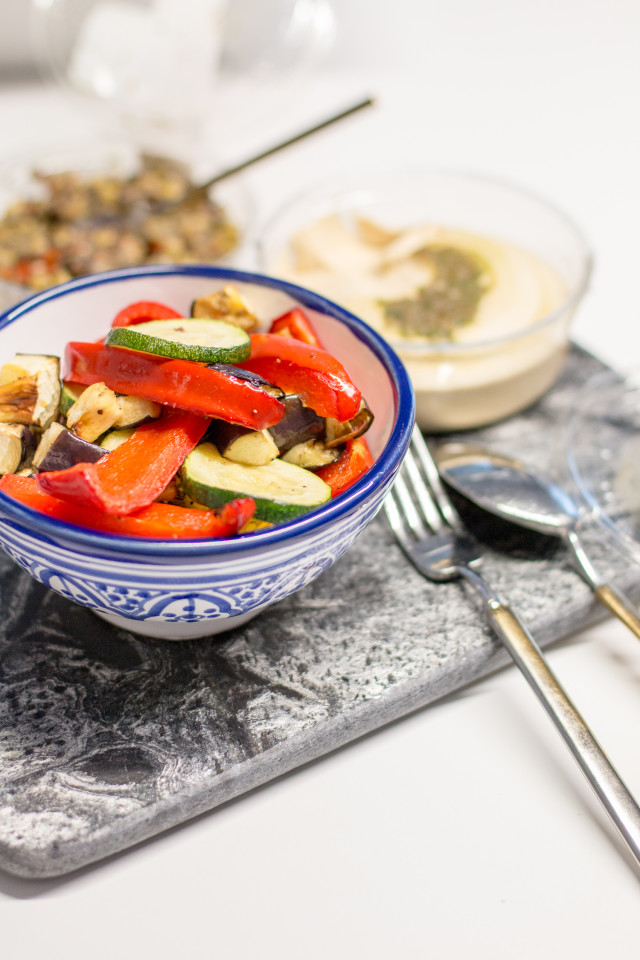 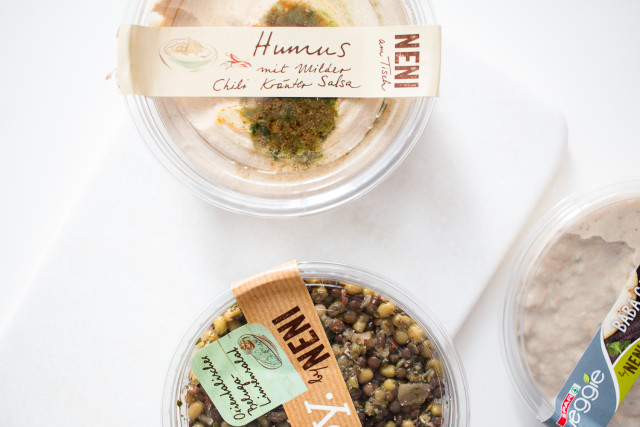 How do you guys feel about eating vegan or including a few meatless meals in your diet? I’d love to know, simply leave a comment below ♥

*in yummy collaboration with Interspar.